When it's time for you look for local businesses to help you with your wedding, take a look at our advertisements below. Most will have links to their own websites. These advertisements are updated regularly so please revisit often and mention Your East Midlands Wedding when making any enquiries.

Everything you need to know about wedding traditions

Credit: The Grand, YorkThe White Dress
Queen Victoria wore an ivory-white gown on her wedding day in 1840, back when keeping white clothing clean was a sign of your wealth, and since then white wedding dresses have become a signature tradition at western weddings. In recent years, more brides are saying goodbye to the traditional white wedding dress, opting for more unique coloured gowns instead in muted shades of nude, blush pink and silver. In a complete contrast, black wedding dresses have also increased in popularity in recent years, with 16,000 monthly google searches in the UK alone.

Giving Away The Bride
In current times, for many fathers and daughters, the custom of giving away the bride is a touching moment during the wedding ceremony. However, the origins aren't as pleasant, with the tradition dating back to the Middle Ages when daughters were considered their father's property and were given away in exchange for money. These days, it's up to the bride who gives her away. It can be a special moment shared between the bride and her father, mother or even a sibling, with some modern brides even choosing to walk themselves down the aisle. Since there aren't traditional bride-groom roles in same-sex weddings, in these instances it's completely up to the couple as to who is given away. There are various options to choose from, including both walking down the aisle with their respective parent, walk together with one person of mutual importance or simply walk together hand-in-hand.

Credit: The Grand, YorkSomething Old, New, Borrowed, and Blue
Originating back to an old Victorian rhyme, this tradition refers to things the bride is supposed to wear on her wedding day to have a successful marriage. "Something old" was used to ward off the evil eye and protect any future children, but also represents the link with the bride's family and the past. "Something new" offers optimism for the future and "something borrowed" brings the couple good luck. "Something blue" was also meant to deflect the evil eye, but the colour blue also represents faithfulness and loyalty.
In modern days, this tradition extends beyond trinkets for the bride. Two grooms can borrow their grandfathers' cuff links or bridesmaids can dress in blue for a nod to the tradition.

Throwing Confetti
Throwing confetti after the newlyweds' exit the ceremony is a tradition rooted in wishing fertility and prosperity for the couple. Exit tosses originate as far back as ancient Rome, and as the tradition evolved, rice became a popular choice to shower the newlyweds, before paper confetti was first used at a UK wedding in 1895. In the present day, people continue to use something a little softer than rice, such as biodegradable confetti or petals. Modern twists on the tradition are also popular and make for great photos such as blowing bubbles, waving sparklers, or even spraying silly string as the newlyweds exit.

The Wedding Cake
Wedding cakes are believed to have originated during Roman times, where ceremonies ended with a barley cake broken over the bride's head for luck and fertility. As cakes evolved over the years, wedding traditions changed too, from stacked spiced buns in medieval times to pies during the 16th and 17th centuries. White wedding cakes that are more common today first appeared in Victorian times, when refined sugar became more readily available.

Credit: The Grand, YorkWhite cakes signified the family's wealth, with the tiered wedding cake believed to have originated from the spires of London's St Bride's church in the 18th century. Tradition dictates that the bottom tier is for eating at the ceremony, the middle tier for distributing after the event, and the top tier was saved for future events, such as a first-born's christening.
Whilst tiered cakes are still very popular at weddings, many couples have taken to alternatives such as doughnuts, cupcakes or brownies. In a nod to childhood memories, some couples even have a 'colin the caterpillar wedding cake', which regularly gains 2,700 monthly google searches in the UK.

Father-Daughter Dance
The father-daughter dance is a beautiful moment between a bride and her father, symbolising appreciation for the love and guidance they received throughout their life. The tradition originates back to when most marriages were arranged, with the dance being a final demand by the father before giving the bride to her new husband. These days, as love is the primary reason for marriage, the tradition has been reclaimed as a special moment, with the bride using the opportunity to dance with a person of significance, with some couples also choosing to switch partners midway through the song.

Credit: The Grand, YorkThe Bouquet Toss
The bouquet toss originated in 15th century Britain, when women used to try to rip pieces of the bride's dress and flowers to gain some of her good luck. Over the years, this act has turned into a tradition where the bride passes on her good fortune to the single lady who catches the bouquet. Many brides are choosing not to have a traditional bouquet toss, with modern alternatives including passing the bouquet on to a close relative, giving it to the guests that have been married the longest or even having an arrangement that can break into many small bouquets.

The Groom Can't See The Bride Before She Walks Down The Aisle
This tradition dates back to when arranged marriages were the norm and more of a business deal between families. The couple wouldn't meet before the ceremony, in fear that they'd pull out of the marriage. Today, it's simply seen as unlucky to see your other half on the morning of your wedding. A modern take that is more popular overseas is a "first look" where the couple breaks tradition and shares some time together before the ceremony, taking their first look at each other away from guests.

Gail Bradley, Wedding Planner at The Grand, York commented: "Couples are no longer tied to traditions on their wedding day and are free to decide which traditions mean something to them. Mix up the traditions and put a modern spin on things if you wish. Lots of traditions also originated for brides and grooms, so if you're having a same sex wedding pick which ones suit you and make them your own".

Still looking for a Wedding Planner? 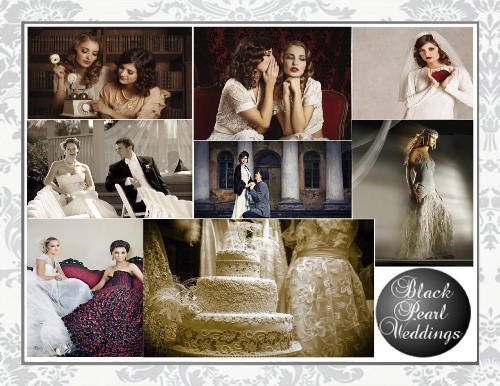 Sarah Knowles MW joined The Wine Society in March 2014 and passed her Masters of Wine...

Until recently engagement rings were seen as exclusively a female item of jewellery but the team at Ingle & Rhode...

Looking to tie the knot outside? Make sure it's legal!

Here at County Wedding Magazines HQ we welcome any changes in the law that allow people to...

Sarah Knowles MW joined The Wine Society in March 2014 and passed her Masters of Wine...

We have a great line up of experts to give you first hand advice and discussions about bridal fashion, hair, makeup, to name but a few!

Take a look at our Celebrity Interviews!

Want to be notified when our next issue is available? Our regular East Midlands email newsletters will keep you informed and inspired to ensure your big day is perfect. Enter your details below to be kept updated in the run up to your wedding day.